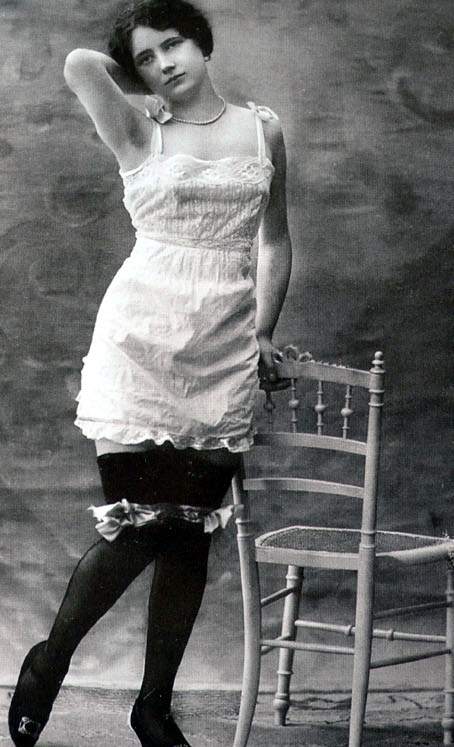 I regard this blog as more or less completed because it seems the last lost songs of Itzik Zhelonek may never be found.

However, this week I heard from Jeanette Lewicki -- she sent me sheet music for a variant of one of the almost extinct songs. She found it in a book (available as a pdf from the Yiddish Book Center Archive) called Arkhiv fun yidisher shprakhvisnshaft, literaturforshung un etnologiye by Noekh Prilutski and Shmuel Lehman, Warsaw 1926-1933, in the chapter called Di untervelt in ire lider (The underworld in its songs). Wow, THANKS Jeanette! I was so excited to get this!

And as promised I sent her a free copy of one of my books - she asked for Yiddish Songs of the Gaslight Era . Anybody who finds me one of the lost songs gets a prize!) And then I got Jim Baird, who plays in my band Mappamundi, to do a guitar part. I sang and added concertina. Here's our recording:

The "Underworld" chapter in this book comprises songs collected by S. Lehman; they are mostly songs about Jewish prostitution in Buenos Aires (rendered in Yiddish as Bines-Eyre, Bones Eyre, Bune, etc). You can read about white slavery in Argentina and Brazil on many websites including at the Jewish Women's Archive and Ynetnews.com and Rense.com. Here's an excerpt from Wikipedia.

... below the Wikipedia paragraphs find a different take on the situation from the head of YIVO in Argentina, Avrom Lichtenbaum.


Zwi Migdal was an organized crime group involved in the trafficking of Jewish women from the shtetls of Eastern Europe for sexual slavery and forced prostitution from the 1860s to 1939... originally called the Varsovia (Warsaw) Jewish Mutual Aid Society ... Its center was Buenos Aires. The Zwi Migdal Organization reached its peak in the 1920s: 430 rufian, or pimps, controlled 2,000 brothels with 30,000 women in Argentina alone.

A well-mannered and elegant-looking man would appear in a poor Jewish village in Poland or Russia. He would advertise his search for young women to work in the homes of wealthy Jews in Argentina by posting an ad in the local synagogue. Fearful of pogroms and often in desperate economic circumstances, the parents would send their daughters away with these men, hoping to give them a fresh start.

Another popular ruse was to find pretty girls and marry them... Their period of training as sex slaves often started on the ship. Some of them were married off to local men so that they could obtain entry visas.

These activities went on undisturbed because the brothels were frequented by government officials, judges and journalists. City officials, politicians and police officers were bribed.

I had a conversation with Avrom Lichtenbaum, head of YIVO in Buenos Aires, about this song. Here's part of what he told me (errors are all my own and due to our having the conversation in Yiddish over a not-perfect connection):


When the first Jewish prostitutes arrived in Argentina in August of 1898, they joined the many Spanish, French, and Italian prostitutes who were already present. Prostitution was legal. The Jewish prostitutes had their own shul and mikvah. Avrom pointed out that the many "saloons" depicted in Hollywood movies of the Wild West were actually brothels.

Letters were sent by Jews in Buenos Aires back to European Jewish newspapers decrying Jewish prostitution - it was from these letters that Sholem Aleichem drew his story "The Man from Buenos Aires."

Another aside: "Your Peter Stuyvesant worked for Jews in Holland and trafficked in slaves."

Lichtenbaum referred me to the work of Donna J. Guy. Her many books on the subject include El sexo peligroso, La prostitución legal en Buenos Aires, 1875-1955 (1994), and Sex and Danger in Buenos Aires: Prostitution, Family, and Nationa in Argentina (1991)

The women who came to work in this profession in Buenos Aires came from four groups:

I asked Lichtenbaum if he thought prostitutes wrote the songs collected in "The Underworld in its Songs" themselves. He thinks the songs were sung by street singers (from whom songs were often stolen by theater composers - for instance, Yablokof's famous Papirosn was stolen from a street singer). 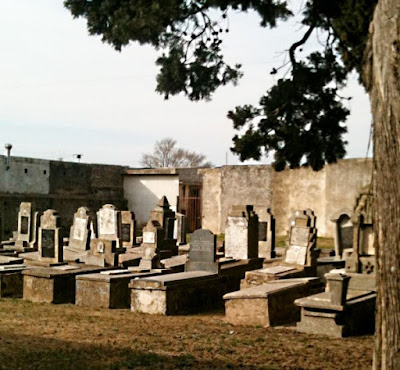 Here's a picture Lichtenbaum sent me of a prostitutes' cemetery in Rosario, 200 miles from Buenos Aires. He points out that the madames have large headstones and the lowly prostitutes have modest ones. Finally, Lichtenbaum took exception with Wikipedia's contention that there were thousands of Jewish prostitutes. He said there were vastly more French, Spanish, and Italian prostitutes. He said the church made a lot of money selling indulgences to prostitutes (so that they could go to heaven despite their profession).

Gary Berman, impresario of Durham NC's Yiddish Songfest "What's Not to Like," points out that this tune is similar to the one Ruth Rubin collected for the song "In droysn geyt a drobinker regn" in her book "A Treasury of Jewish Folksong."

Below, find the entire song as it was printed in the book, plus the verses as printed in Zhelonek's booklet, and below that, a translation of all of it.

Here's what Zhelonek printed. I don't know the singer he references, M. Hermalin. Click for a larger view:

Listen, good brothers,
An evil decree has come down from God himself
A new land has emerged, it's called Buenos Aires

Today's fine young fellows, they have no fear of the Czar.
They've chosen a new profession: to deal in prostitution.

With the "lively merchandise" they make a new livelihood.
They gather up all the pretty girls
And put them on the market.

As I came into the train station
He bought me a ticket
I looked around on all four sides
Seeking someplace to run.

As I came across the border with him
"Oh, my little precious, stay here!"
A dark man came to me,
He told me to go with him.

As I came into Buenos Aires:
"Ah, my little precious, just stay here!"
He took a couple thousand rubles for me,
He told me to go with a dark man.

In Argentina, in Buenos Aires
There, it's an open world
Any girl who travels to Buenos Aires
Earns there a treasure of money