Many Americans know of Krochmalna street through the work of Isaac Bashevis Singer. Robert Klose wrote:


In Singer's youth, Warsaw was the epicenter of European Jewry. In 1908, he and his family moved to Krochmalna Street... It was a congeries of tenement slums, street merchants, and small shops; a place where bearded men huddled curbside, discussing the mysteries of their religion; where women tended to the affairs of the home and market and kept kosher kitchens; and where children – impoverished ragamuffins – were everywhere. ... Singer added, "As far as I'm concerned, this was the center of the universe." 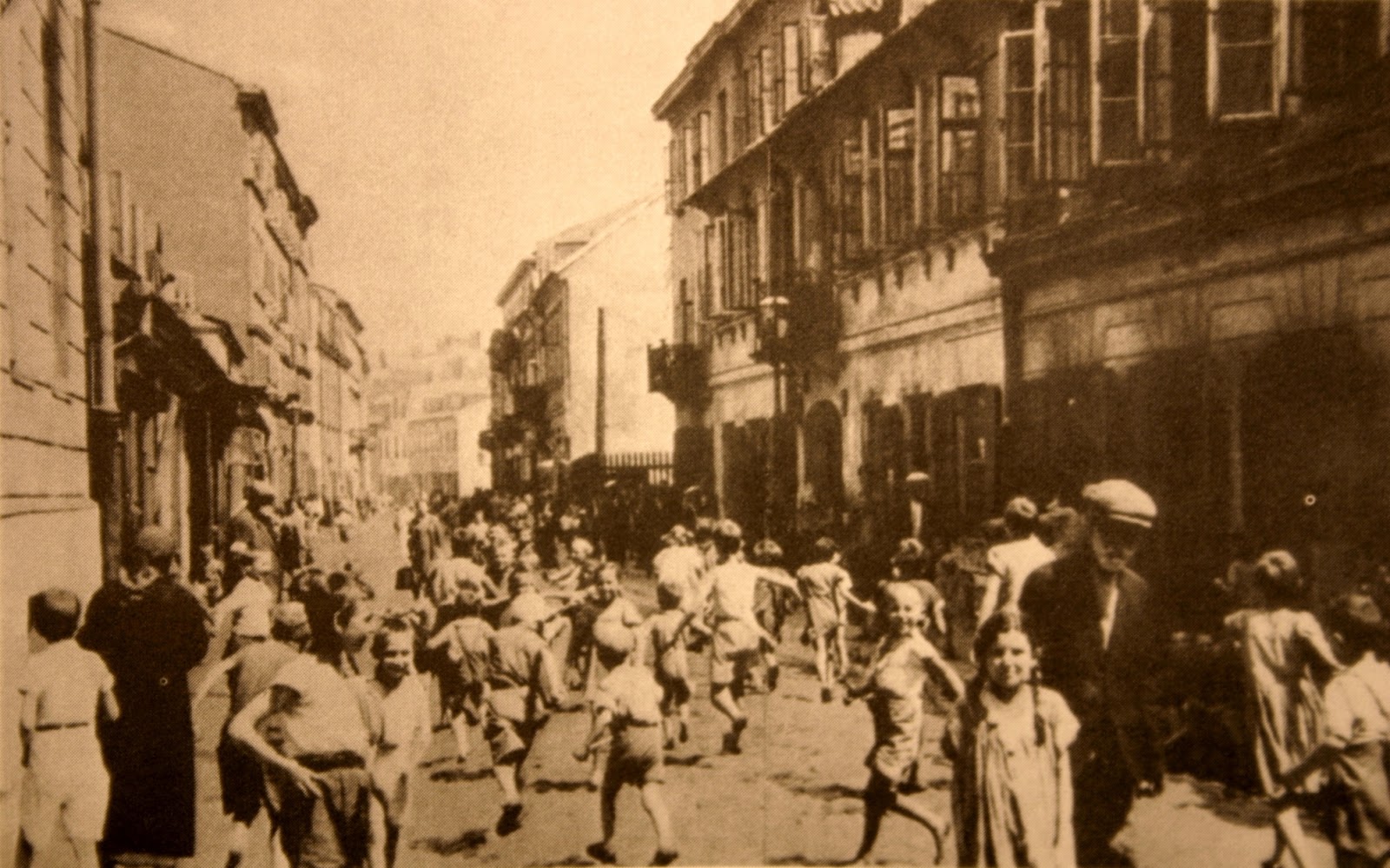 That's pretty much exactly the theme of this song, which is attributed to Ben Zion Witler, whose performance you can find on Youtube: Krochmalne Gas Ulica Krochmalną Крахмальная улица Krochmalna Street.

Somebody recently asked me for the words to this song and Jeannette Lewicki pointed out they can be found in the indispensable Mlotek collection Songs of Generations. On the Witler recording, you hear this first verse but he sings a second verse which is not in Mlotek.

The Yiddish lyrics in transliteration, and my translation after the jump.

Az ikh gey amol in gas aroys un vil zikh durkhshpatsirn
Zikher bin ikh az mayne fis veln mikh tsu Krokhmalne firn
Fun kindheyt on bin ikh azoy, es vet mikh gornisht maydn
Es tsit mikh nor tsu oremkeyt, tsu mentshn velkhe laydn
Tsu mentshn velkhe horeven, kemfn shreklekh mit der noyt
Vos far zey der ideal iz a trukn shtikl broyt
Mentshn azelkhe veysn nisht fun luksus un fun prakht
Tates, mames, yunge kinder horeven tog un nakht
Krokhmalne street, I know you well, I was born in you
Without that street I certainly would long ago have been lost
The wet cobblestones, the house that's falling apart
The Jew who rubs his hands with the cold and wonders where to find coal
The woman who stands with two bagels looking for a customer
The young man who's dying of hunger and braces himself so as not to fall
And even, too the girl there who wants to sell her body
And also the guy who takes a chance and then runs away

Krokhmalne street, I love you, you're baked into my heart
I'd stretch out my neck for you, I'd let them cut off my head
The little town square, that's my home. The street is my mother,
My brother is the dust on the street, my sister is the very stones

I never had any home, the street gave birth to me
I was a child on the street, the street raised me
No mother, no father, as if I wasn't born of humankind
I hung around alone in the streets, hungry and frozen
And if, once, my heart started trembling and lamenting
I would have wanted a mother's lipts to say a consoling word.
I ran out to the little square, I'd find my pals there
I'd walk on my sister, my father and mother

When I sometimes go out in the street and want to take a walk,
I'm sure my feet will take me to Krokhmalne
From childhood on I've been this way, it will never change
I'm attracted to poverty, to people who suffer
To people who slave away, struggle terribly with destitution
Whose ideal is a dry bit of bread
People who know nothing of luxury or beauty
Fathers, mothers, young children slaving away day and night