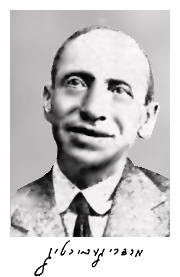 This morning I got an email titled: "Last hope but never give up." The writer was looking for a song she spelled this way: Avremerl der Fechster Marvicher

It's a very famous song by Mordechai Gebirtig (aka Mordkhe Gebirtig or Mordecai / Bertig). My correspondent's problem may have been her spelling, the title is usually transliterated more along the lines of Avreml der marvikher, though Avreimel, Avreyml etc. are also found.

דאס געזאנג פון ליבשאפט און צער
(Dos gezang fun libshaft un tsar) (meaning the song of love and sorrow) - the first page facsimile is at the bottom of this post.

Here is the classic recording by Chava Alberstein on Youtube: 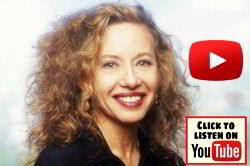 I wrote out the music and if you want it (with text, translations, chords, etc) for $2.50, click here:

Here's my line-by-line English translation from the Yiddish:

When I was young I was left homeless
Deprivation drove me out
(When I wasn't yet even thirteen)
Into the world of strangers, far from mama's eyes
The street raised me in filth,
And I became a fine fellow

I am Avreml, the most capable pickpocket
A great artist, I work light and sure
I'll remember the first time to my dying day:
Put in jail for stealing bread, oy,
I don't go to the market like any simple guy
I pluck only from stingy, corrupt magnates
I'm a marvel when I finger that sort of magnate
I'm Avreml, a very fine fellow

Among strangers, with nothing to live on,
I begged for bread. A poor man used to give me some.
But those fine folk who are always sated
They often used to drive me away angrily
I grew up a thief, that's what happened,
I'm a thief, but a fine fellow

I am Avreml, the most capable pickpocket
A great artist, I work light and sure
I was a little guy when I went to jail
When I came out I was an ace, a rare talent
I don't go to the market like any old simple guy
I only pilfer from stingy, corrupt magnates
I love a mild guy, a "hail fellow well met!" type
I'm Avreml, a very fine fellow

This game won't go on much longer
Sick from getting beaten up, poisoned by prison walls
I've only one request, I'd like it this way:
After my death, on a dreary day,
On my tombstone it should be written
With big golden letters:

Here lies Avreml the most capable pickpocket
He surely would have been a big man
A fine man with heart, with feeling,
A man pure-hearted as God would have wanted, oy
If a mother's eyes had watched over him
If the dark street hadn't drawn him in
If he'd had a father when he was a child
Here lies Avreml, that fine fellow