Dir a nickel, mir a nickel - from Fishel der gerotener, a song about getting ahead as a trolley conductor 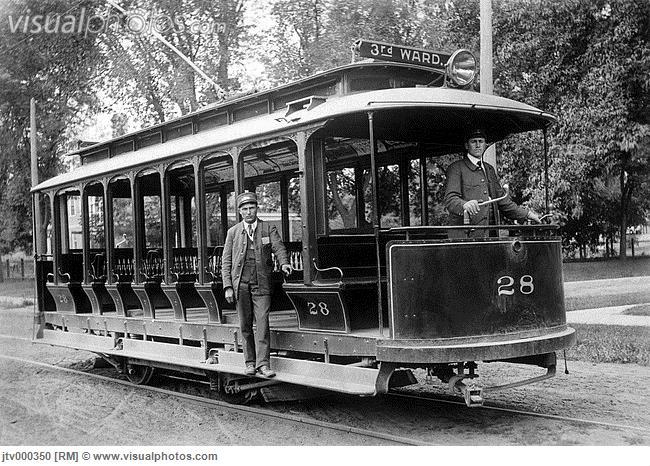 This song is in the Kemmen Folio of Famous Jewish Theatre Songs I bought on eBay. It's from the show Fishel der gerotener. Gerotener means a well-made, all round class A type of person, but Menashe Skulnik played the hapless trolleyman so you know the nickname was sarcastic. The lyrics are by Isidore Lillian and the music is by Joseph Rumshinsky.

It could be "Dir a nikl mir a nikl," but the correct way to spell nickel in Yiddish is problematic, since at the time the Jews were cramming English into their vocabularies as fast as possible. You'll also find it as Fishl der Konduktor. Fishel is enjoying the shmirn (smears, bribes) that come his way.

The idea was stolen from a previous (1917) Yiddish theater hit, Fifty-fifty, in which we see:


My brother's been going around broke for a long time. Nothing he's tried has been a success. Once he came home with money and told me: "You see, I'm conductor of a trolleycar and share with the company: Fifty-fifty! I ring the bell endlessly, a nickel for them and a nickel for me! It's going gangbusters. A tug on the string, there's a nickel, with the fifty-fifty scheme!"

I hadn't intended to make a video of this song because Bruce Adler did a great one, with subtitles, and an orchestra! His version is featured at the Milken Archive where you can read the plot of Fishl der gerotener. (I have special interest in this show because Ola Lilith played one of the love interests.)

But then my friend Aviva Enoch and I ended up doing a version one afternoon just for fun and I forgot about it until I started trying to figure out why the song "Fifty-fifty" sounded so familiar... Anyway, the file lay in my computer for six years. Here it is.

If you want the sheet music with lyrics, translation, chords, etc., here it is:

I gotta tell you, I don't ring up every nickel
I've noticed "The Company" has plenty of nickels already
So I've decided to share with them now equally.
Fishl!