A mentsh ken makhn a mol a toes. Nu iz vos? "A person can obviously screw up from time to time!" Ludwig Satz lives a confusing life.

UPDATE: The song was being offered on eBay. Here is the label, from which we see that it was sung in the show Dem tsadiks mishpokhe. Click for a larger view: 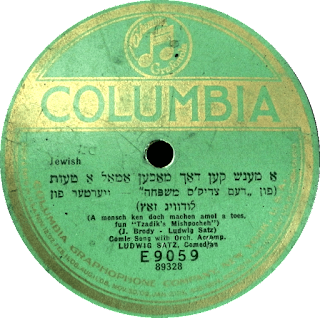 Sharon Horowitz, research librarian at the Library of Congress African and Middle Eastern Division: Hebraic Section, sent me the manuscript below, a 1923 copyright submission. Click on the images to see them larger. 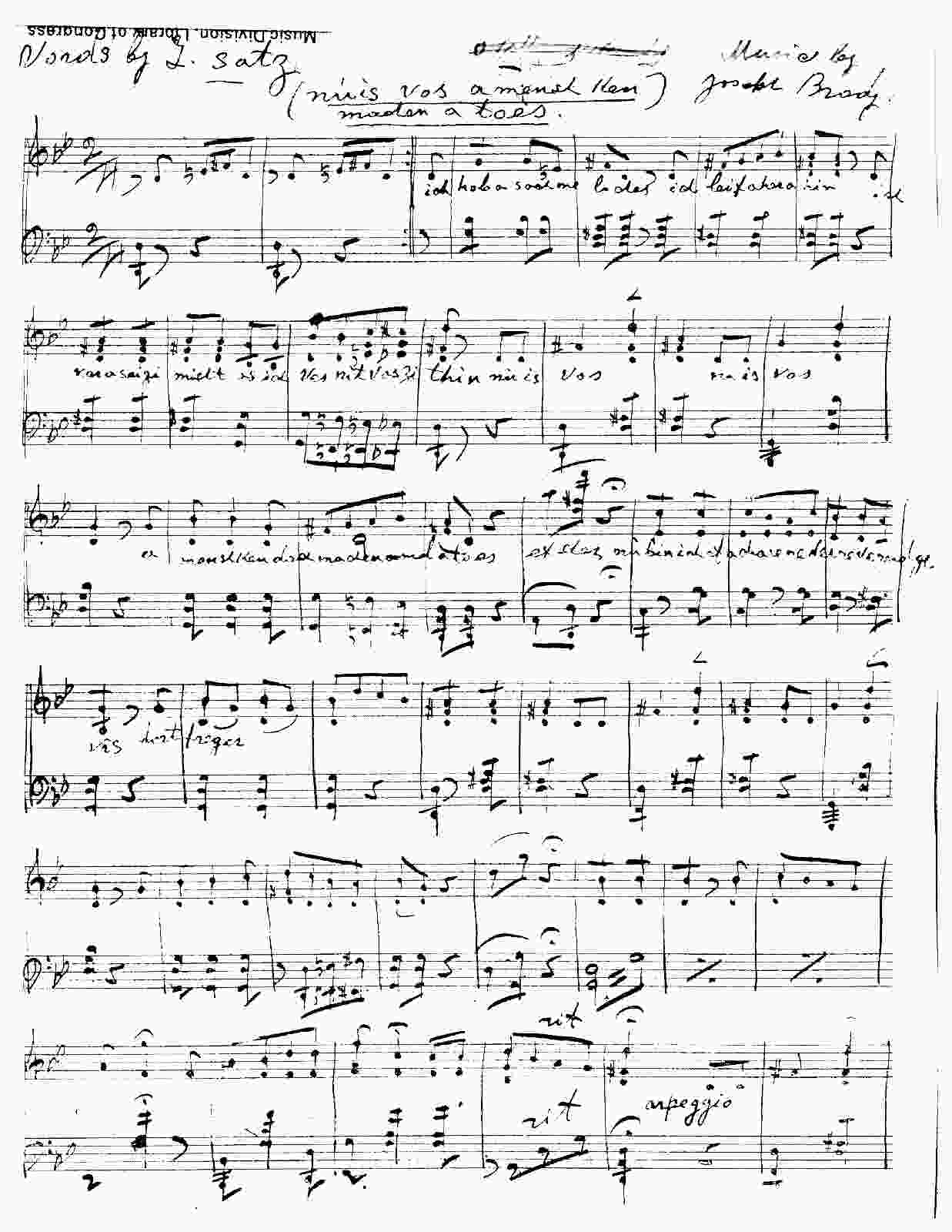 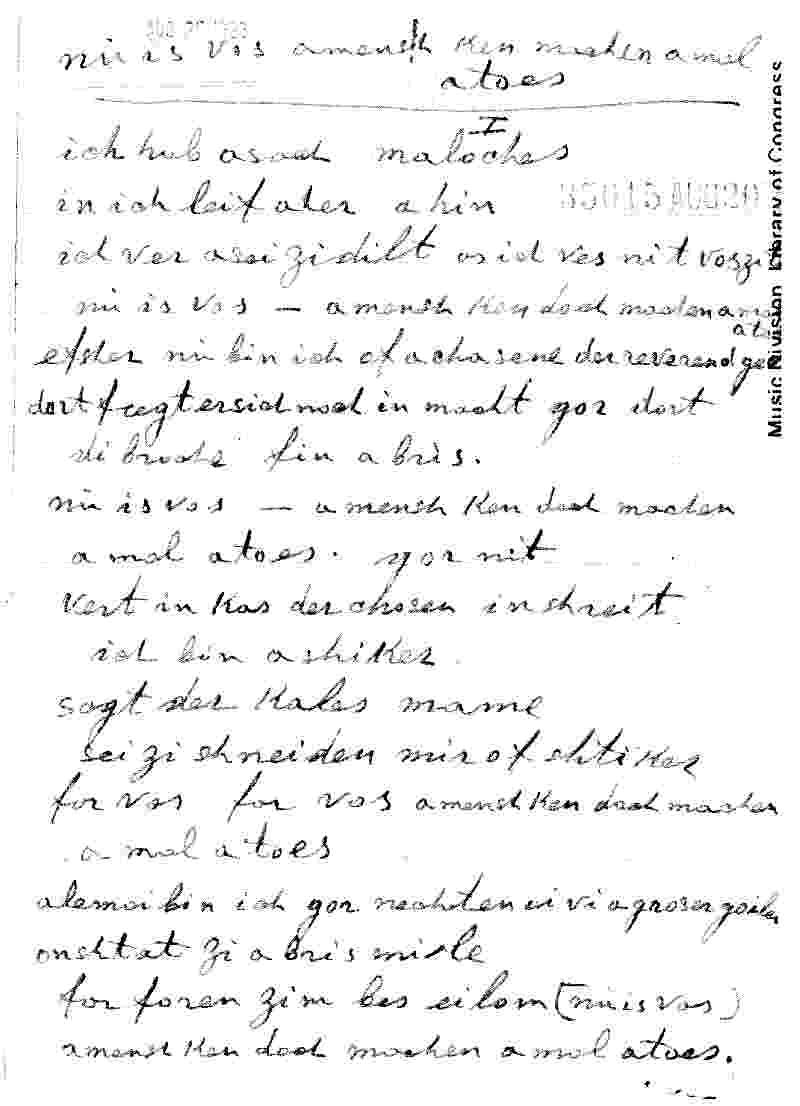 Quite some time later, I was in Boca Raton and the archivist at the Judaica Sound Archives at Florida Atlantic University let me browse his database. He actually had the recording of Ludwig Satz singing this song and I was sort of shocked by the eerily whining, squeaking quality of Satz's rendition. That was comic singing, I guess.

Aviva and I did the song straight off the sheet music. Here's the video:

In standard YIVO Yiddish the recurring motif is not nearly as amusing as in Satz's dialect - he sings "Noo iz vooiz, noo iz vooiz, a mentsh ken dokh makhn a mul a tooiz."

I have a lot of jobs, I'm running around everywhere
I get so addled I don't know what to do
Well, and so what? A person obviously makes a mistake once in a while.

So, I was the "Reverend" presiding at a wedding
I forgot what I was doing and made the blessing for circumcision
Well, so? So sometimes a person makes makes a mistake!

So the bridegroom gets mad and shouts that I'm a drunkard
The bride's mother says: "They're cutting me into pieces!"
Well, come on, big deal. Sometimes you make a mistake.

Then, in addition: yesterday, like a big clay dummy,
Instead of going to a circumcision, I went all the way to the cemetery!

My wife goes into labor, my mother-in-law suddenly gets sick at the same time
So I was the nurse and went to get her some medicine.

Oy! The mother-in-law starts shrieking, she's burning like a thousand flames
So the doctor says: I could absolutely have poisoned her!

The doctor gets really mad, he's dead pale with fury!
"What's this? I told you to give her the pill in water."

He said "give her the pill in water," but I didn't understand,
So I put the pill in her mouth and sat her down in the bathtub.