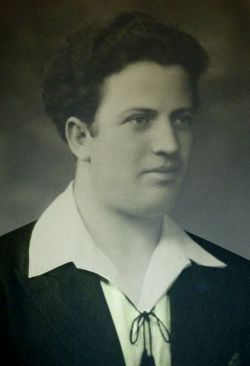 At the start of my search for Yiddish cabaret songs, when I was first obsessed with finding Ola Lilith's recording of (or Henech Kon and Moshe Broderson's sheet music for) the once famous but now extinct Azazel Shimmey, I found a lead: some articles about Lilith written by Mordechai Yardeini.

Born Motl Sherman, Yardeini (left) moved with his family from Ukraine to Philadelphia in 1922. In 1930 he went to Israel and soon came back to the United States having changed his name. He and Lilith became friends when they each had a radio show on WEVD radio (he was calling himself "The Palestine Singer"). He was a composer, performer, cantor, and music critic, and I hoped perhaps he'd kept some of Lilith's music.

I called Hebrew Union College's American Jewish Archives about their holdings of the collected papers of Mordecai Yardeini. I asked what was in the boxes but they said they didn't know, as the papers are in Yiddish. So I drove out to Cincinnati and spent a couple days looking through the boxes. That's how much I wanted to find the Azazel Schimmey!

The search was a bust, mostly, but entertaining. It was only after I came home that I found out Hebrew Union College library also holds a unique collection of Yiddish broadsides from New York City, a big box of decaying old sheet music they call American Yiddish Penny Songs by Morris Rund and Others. At the time the collection was available offsite as microfilm - I ordered the films and made a Morris Rund Yiddish Penny Songs Index.

I sent my index back to the librarians, and a year or two later they sent me the collection, now digitally scanned! In comparison to the microfilm, the scans are wonderful, but they're still hard to read: Pretty much all of Yiddish literature and ephemera was produced in a period when commercial paper was highly acidic. All those books and articles are disintegrating and it won't be long until they are nothing but dark brown powder. (I'm anxious and sad when I see, in the YIVO archives for instance, that many rare holdings are crumbling away, undigitized.)

I didn't have time then to do anything with the scans then, but now I'm cleaning them up, a process like quilting - on any given day you can't get very far but over time you can get the whole thing done if you're patient. Here's an example of the dark crumbling original and the file after photoshop. This takes way longer than I wish it did. 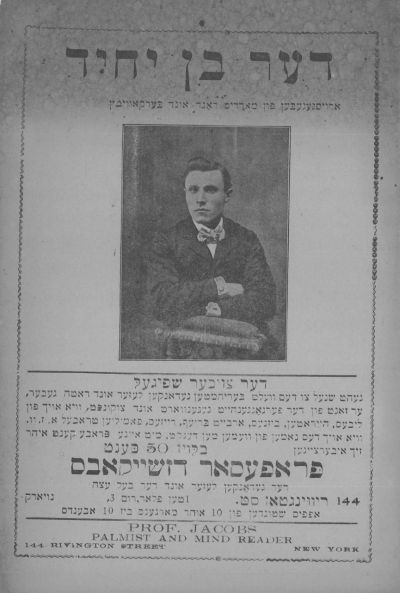 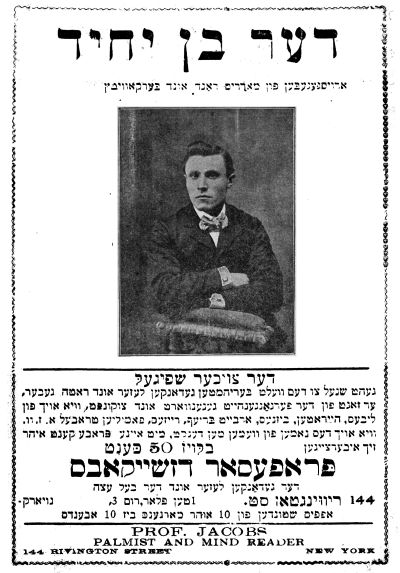 At the time I first saw this collection, I was very focused on my hunt for the melodies to the texts published by Itzik Zhelonek, so I categorized the penny songs as no good to me: they have no melodies, though some do indicate they are parodies of other songs, some of which can still be found. Also, they are older than the songs Zhelonek loved, they're from the turn of the century up to the mid-1920s.

Now that the Zhelonek project is completed, I can appreciate the penny songs as amazing in their own right. A sociologist would have a field day with this collection, full of songs about Jewish society and concerns (from the sublime to the ridiculous). 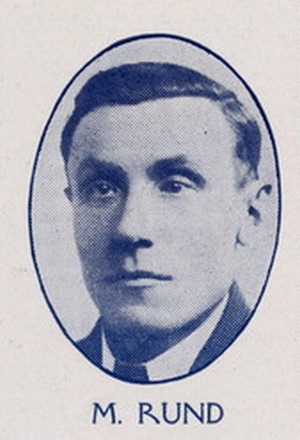 Morris Rund registered an astounding number of Yiddish songs with the US copyright office, hardly fewer than the pathologically prolific Joseph Rumshinsky. Rund is the composer of most of these penny songs, yet he is today virtually unknown.

And who is this Professor Jacobs, Palmist and Mind Reader? He advertises on the front cover of many of these broadsides so it must have been a winning tactic for him.

I'm hoping that after I finish cleaning up these files I'll be able to make them into a book for everybody to enjoy. I'm only about 1/6th of the way through.