UPDATE: I found the written lyrics to this song in a Shlomo Lindenfeld booklet called Der kupletist (The couplet maker) which is at Stanford University. The facsimiles of the original song are now at the end of this post. 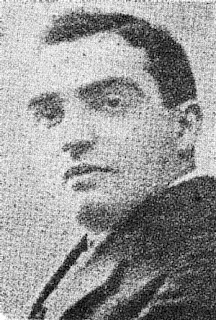 I'm kind of embarrassed that I like this song so much because it is old-school, as misogynistic as they come. I dedicate this performance to discographer Michael Aylward, who loves the song as much as I do. I heard it on his cd Wandering Stars: The Lemberg Yiddish Theatre 1906-10.

The song is earlier than the ones I've generally been posting and was sung by Norbert Glimer, about whom little is known other than that he performed with Gimpels' Lemberg Yiddish Theater. Aylward calls him "riotously ebullient" and you should buy the cd to hear him.

Miriam Isaacs was able to decipher the first verse and a half of what Glimer sang and then it just was impossible. The recording is a sort of wild crooning, shouting polemic against the narrator's upcoming betrothal to Yente. (Isaacs told me in those days red-heads were often considered ugly.) One can hardly even hear a tune in the chorus so I kind of made one up.

I also made up the second half of the second verse and the entire third verse, so poor Yente would not be left mute in the face of this slander.

Here's a translation from the Yiddish of my version:


They propose to marry me to a fool - red-headed Yente
Red-headed Yente: a beautiful girl, just like gold.
Oh how beautiful her face is, a dot of charm,
She has no teeth in her mouth
It's an emergency! I'm a fugitive!
I'm running from red-headed Yente like I'd run from death

Red-headed Yente has a wooden leg and a glass eye
Leathery hands, a pointy nose, that's red-headed Yente
Oh how sweet, with her crooked legs,
The gal's a giant, she's an ugly woman
It's an emergency! I'm a fugitive!
I'm running from red-headed Yente like I'd run from death

And here are the lyrics as sung by Shlomo Lindenfeld (that's not necessarily to say he wrote the original song) (click for a larger view):