In Gortn - as sung by Vera Rosanka, "Di yidishe shikse" 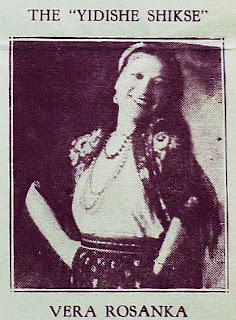 I bought this sheet music on eBay. What a peculiar song! The tune and arrangement seem a mixture of a folk song and an art song. The text is - obscure. The music is by Bernard Matlin, the odd text is by A. L. Baron. It was published in New York in 1936. 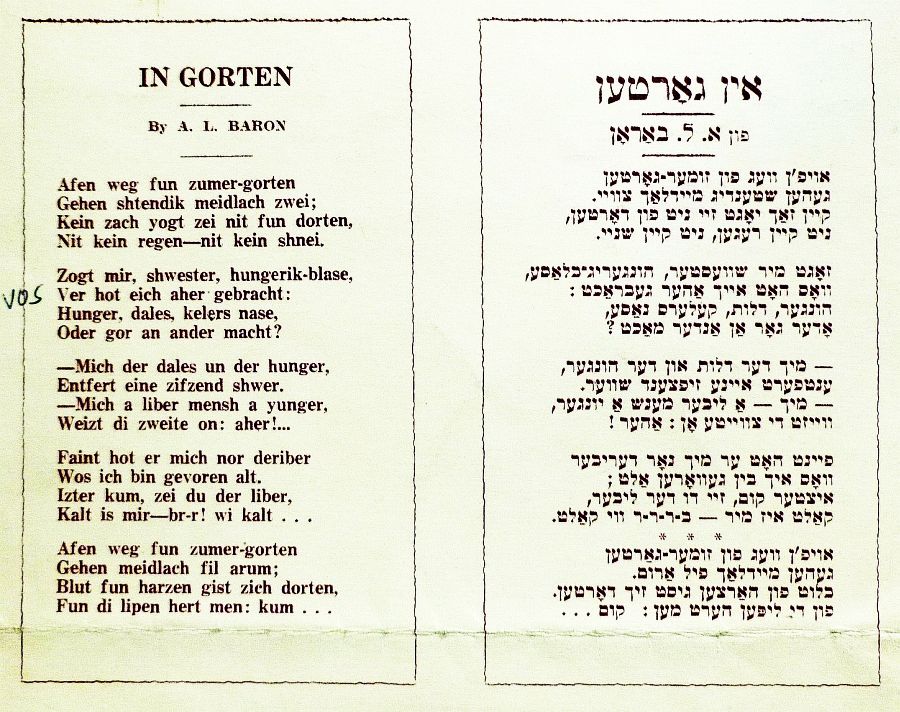 Here is the text in standard transliteration, and translation as best as I can make out. Is girl number two suggesting that the singer become her new love, since the previous one thought she was too old? Or is the singer her love, encountering her in the garden? Or neither of the above. Theories welcome.

On the path from the summer garden, two girls are always walking. Nothing can drive them away, not rain, not snow.

Tell me, hungry pale sisters, what brought you here? Was it hunger, poverty, the damp of a cellar, or something else completely?

"He hates me just because I've grown old. Now come, you be the beloved. I'm cold, brr, so cold."

On the path from the summer garden girls wander. The blood pours from their hearts there, from the lips you hear: Come...

Labels: battle between the sexes, making a living (poverty), nostalgia