You can hear (and/or buy) the track and all the others on the cd if you like:
A puster kholem on Nervez! 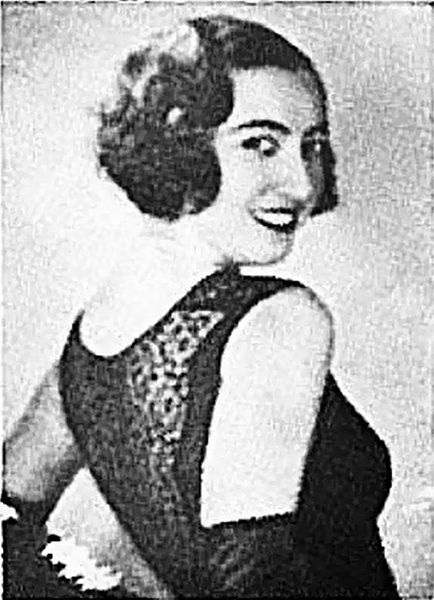 The melody to this tango was composed by Fanny Gordon (Fajga Jofe), the only female composer I know of who enjoyed success in the period between the wars in Poland. It was originally called Skrwawione serce (Bloodied heart) and you can find the original lyrics at the bottom of this post.

BenZion Witler wrote Yiddish lyrics to a number of melodies originally composed with Polish lyrics. (For instance, we recorded his Der dales (Poverty) along with the Polish original Nikodem (about a guy who's handsome as a movie star) on our Cabaret Warsaw cd. According to Itzik Zhelonek's notation, Witler performed this song in the Yiddish theater show Bandit Gentleman.

Wolf Krakowski who recorded this song under the title "Tate-mame" (the first words of the chorus), sent me this information:

I learned the song "Tate-Mame" off an old vinyl recording by Witler. I am not at home now, but if memory serves, the recording was either
of French or Argentinian origin. I believe it was uncredited as far as authorship or publisher.

I credited the song to Witler on my CD, "Goyrl: Destiny" (Tzadik Records). I hand-delivered the royalty to Witler's widow Shifra Lerer, O"H, in NYC. She was very sweet and treated me like family.

A few years ago, through a friend, I received a home-made recording by a 90-year old woman living in Toronto containing a distinct variant of the song (in Yiddish), which leads me to believe (perhaps in error) that the song has "folk" origins.

That said, I have learned that Witler adapted several Yiddish folk songs and put his personal stamp on them.

All of life is an empty, meaningless dream, it runs quickly past us
Everyone struggles to get something from time, but happiness deserts us at the threshold
But even worse is a person's life when the soul wanders alone
What's the point of this life, of happiness and struggle? A cry is stuck in my heart.

Good, faithful father and mother, they sweetened my young life
Their hearts pricked, their home broken, life made empty
How bitterly my youth flew by, played out,
No way out. I want to go home!
My home is lost, the years played out, my heart yearns so for a bit of happiness

I once had a home, where I was born I had parents and a sister
No more, it's all gone, I'm left lonely as a stone
So what good is such a life to me? Tell me if you understand,
Why this life, this happiness and strife?
There's a sob in my heart . . .

From youtube: "Originally, this passionate tango was made famous in Poland by Stanisława Nowicka, who was called "Polish Marlene Dietrich" or "Queen of the Polish Tango." Tadeusz Faliszewski also had a big hit with the song.

I found the melody, and the Polish words, at youtube: Skrwawione Serce sung by Adam Aston:

Tyle chciałem Tobie dziś powiedzieć, I wanted to say so many things to you today,
I raptem gdzieś mi znikły słowa te. And suddenly I was lost for words.
Choć męki znoszę, o jedno proszę, Although I bare suffering, I ask one thing,
I jedno Ci powiedzieć chcę: And I want to say one thing to you:

Skrwawione serce, zdeptane w tłumie, My bleeding heart, trampled in the crowd
O poniewierce, zapomnieć umie. I can forget about my suffering.
Ja jeszcze czekam i kocham, choć z daleka, I still wait and love, although from afar,
Bo wiem, że przyjdzie czas, Because I know that the time will come,
Gdy uścisk znów połączy nas... When an embrace will again bring us together..

Czy pamiętasz dzisiaj, jak to było, Do you remember today how it was,
Miłość Twoja trwała kilka dni. Your love lasted a few days.
Czasem zda się, że to mi się śniło, Sometimes I think I was dreaming,
Ktoś bajkę opowiadał mi... Someone was telling me a fairytale...

Czy pamiętasz teraz, jak to było, Do you remember now how it was,
Bo ja pamiętam każde słowo twe. Because I remember every word of yours.
Zabrałaś duszę, więc cierpieć muszę, You took my soul, so I have to suffer,
Pamiętaj tylko, proszę, że... Remember only, please, that