Men leygt arayn un nemt nisht aroys (you put in, but you get nothing back) - a tale of life's discontents from 1930s Warsaw, Poland

UPDATE: Reposted to add this video: 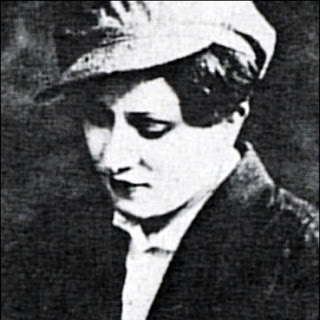 Zhelonek wrote that this song should be sung to the tune of Men leygt nisht arayn, nemt men nisht aroys which is a Yiddish proverb meaning "If you don't put anything in, you won't get anything out." The original song "Az Men Leyght Nisht Arayn, Nemt Men Nisht Aroys" is by Morris Goldstein and Morris Keinig. People who have listened to the only extant recording of the song - performed by Betty Koenig (pictured_ - were not able to tell me what she was singing but they all think it's dirty. We can imagine.

Zhelonek's lyrics didn't fit her tune very well, some shoehorning had to be done, but I think the end result is credible. 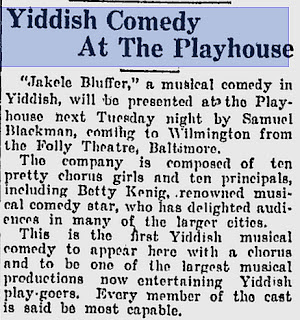 Betty Koenig, born Breyndel Chliwner, was famous in her day and a few of her recordings survive, but she has no internet presence. This is one of the few proofs that she ever existed - an article from The Delmarvia Star in Wilmington Delaware, November 30 1924. She was playing in "Jakele Bluffer."

She looks sweet from her picture but she has a brassy worldly voice quite out of keeping with her ingenue appearance. This song is very vaudevillian in its feel. 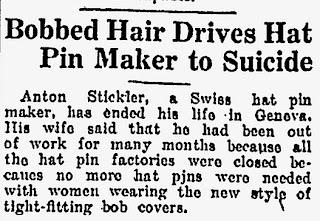 And incidentally, right below the notice for Jakele the bluffer was this reminder that we must change or die: "Bobbed Hair Drives Hat Pin Maker to Suicide."

In that vein, Zhelonek's text is about how hard it is for anybody (that poor hat pin maker, for instance) to make a living when everybody is running around trying to sell stuff to everybody else. Reminds me of the internet.

Here's my translation of the Yiddish:

These are terrible times, everybody knows it. I know a lot of rich people whose businesses are going under. There's more merchandise than there used to be, it's like sand in the ocean. I give an endless supply of I.O.U.s, obviously you know this.

I ask you, what's going on? I don't understand.

These are new times, not like before. They pluck at us from all sides, endlessly. Businesses are liquidated into lots of pieces. People throw themselves from the third floor.

One old man I know fell in love with a modern girl. He was burning for her, he was frolicking around with her. They went together for a few weeks, he gave her lots of money, she played him for a sucker. He asked me, crying: "I don't understand . . ." 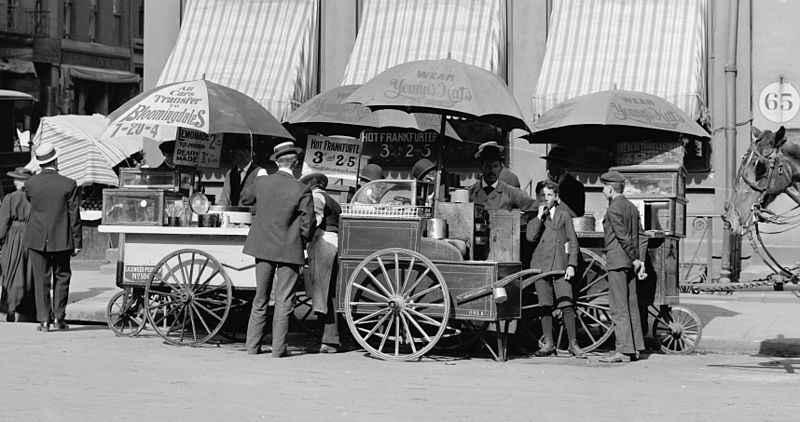