Az der rebbe vil - a naughty song by Ludwig Satz. Just imagine all the things our rebbe can do!

Miriam Isaacs, who's been researching the Stonehill Collection at the Holocaust Museum, told me most of the dirty songs Ben Stonehill recorded at the Hotel Marsellaise were about rebbes. And here is one. It was written by Ludwig Satz, I found the recording at the Harvard Judaica Collection. Zhelonek, however, transcribed a recording of the song by Herman Fenigstein, I've never seen or heard that recording.

So there were three sets of words: the words Satz scrawled on a cocktail napkin or whatever and sent to the U.S. Copyright Office; the words he recorded; and the words Zhelonek transcribed. It seems to have been the rule that when somebody took somebody else's song into their own repertoire, they would re-write the words. So I chose the bits I liked best from those three versions and that's what I recorded yesterday. The song will be going on Nervez!, the last Itzik Zhelonek cd.

Here's our version. Roger Lynn Spears is playing piano, Randy Kloko is singing on the chorus.

And here is a video from one of our concerts: 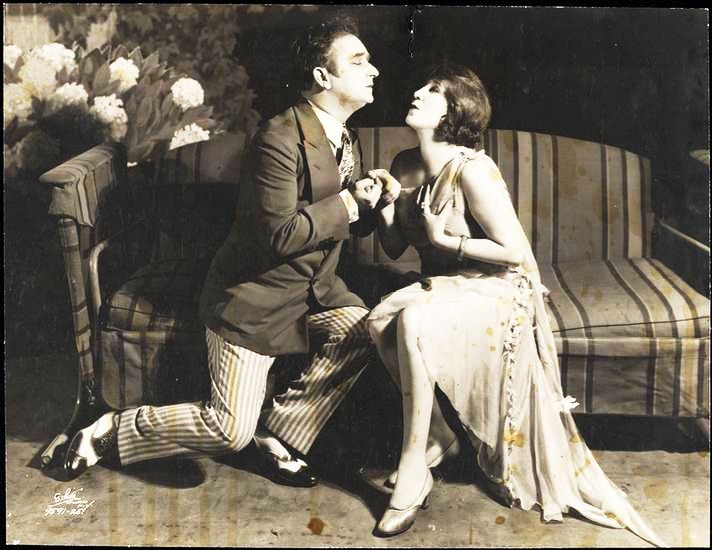 The picture is of Ludwig Satz and Lucy Levine in the show called His Wife's Lover.

Below, my translation of what I sang.

According to the rebbe's will, a duck can bark
If he wants, it barks!
And a rebbe can push a chasid into hell
If he wants, he pushes!
The rebbe says to Satan firmly: "Take him and make him into a Christian.""
Then, just like any evil being, he goes straight tohell
Don't ask how!

The rebbe can help old maids
If he wants, he helps!
From the rebbe's say-so, a maiden can get pregnant
If he wants, she's pregnant!
The rebbe can do such wonders, he can help barren women with a single "Oy."
He can make it so widows have children
Don't ask how!