UPDATE: Reposted to add the video. (Right) Randy Kloko is singing with me on the last chorus. The words displayed, probably transcribed by Itzik Zhelonek from Herman Fenigstein's (now lost) record of 1933, are somewhat at odds with what we heard on Aaron Lebedeff's recording, but they're close enough. If you want to correct me go ahead and leave a note in the comments section.

You can buy the track (or the whole Nervez! cd) - or listen to the whole album - by clicking below: 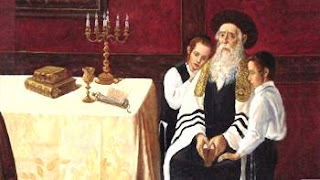 Back in 2012-2014, when I was finding and recording these songs, I didn't make videos, because Randy lives in Florida and I couldn't get enough of his time to sing the songs and also videotape them. It didn't occur to me until well into the following project (American Yiddish Penny Songs) that it might be helpful to Yiddish singers if I put the original songsheets on the video - and that also reduced the need for other visuals, which are very time consuming to pull together!

So I started cranking out videos, and now I'm going back to the Zhelonek cds and making videos for those songs.

I've learned a lot in the two-four years since we made the four Warsaw cds. I was told once by a member of presiding Yiddish royalty that I make too many mistakes to be qualified to do this work. There was a time in my life I would have let that stop me completely - I would have abandoned this project about 200 songs ago.

But I said to myself, mistakes or not, I'm doing something that's worthwhile, and hopefully somebody more qualified will come along afterwards and do a better job recording these songs than I did. Nothing would make me happier - and if you DO record any of them please let me know! I'll add links to these blogs.

Click the image for a larger view. This A Gute Vokh contain is not the sweet, simple one still well-known: instead, it joins snatches of several Sabbath table song melodies (familiar to Jews of the time but now less known) into a nostalgic remembrance.

The lovely traditions signaling the end of the Sabbath are a bit sad. Few welcome the return of the work week with its responsibilities and worries.


There's an image before me, from my old hometown, an image so good, so well preserved, from when I was sitting at grandfather's feast. Who can forget the table songs? Grandfather used to sing with his beautiful voice and we would help him:

"When the Lord brought back the captives to Zion, we were like men who dreamed. Our mouths were filled with laughter, our tongues with songs of joy..."

And when it would grow dark, grandmother, in a corner, would sit alone and pray, lamenting:

"God from Abraham, Isaac and Jacob, protect your people Israel from all that's evil. The holy Sabbath is passing. Blessings and success for us and all Jewish children, with health and livelihood, Amen..."

Then uncle would make havdole and there was wine and spices for everyone alike. And uncle would taste the egg and all the Jews would cry out:

"He who divides between the holy and the profane, may He forgive our sins,
May He multiply our seed and coins as the sand and as the stars at night.
A good week, now and always, send us, God, happiness and blessings for your people Israel, a good week!"