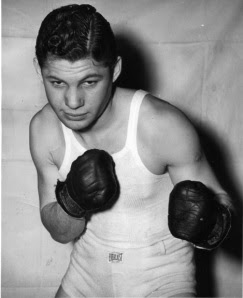 I kind of love this song for its exotic qualities but I was also sort of afraid to record it. A song encouraging a Jew to break an Italian's teeth? Even at this distance my fearful thought is that a song like this is 'not good for the Jews,' on which subject Stanley Fish writes:


When I was growing up in the ’40s and ’50s, a single question was asked in my neighborhood of every piece of news, large or small, local or national: "Is it good for the Jews?" ...

A community in which this question is central and even natural will be a community with a sense of its own precariousness. (No one ever asks, is it good for the white, male, Anglo-Saxon graduates of Princeton; it's always good for them.) Its members will think of themselves as perpetually under assault (even if the assault never comes) ... as a result it will turn inward and present to the outside world a united and fiercely defensive face...

I hope you'll listen to this passionate song, transcribed from the singing of Simon Paskal (his Columbia Records 78, under the name Zets Yonah / Zetz Yoineh, can be found in the Judaica collection at Harvard University). This is me singing it today:

The picture above is of Jewish boxer Albert Abraham Davidoff, who changed his name to Bummy Davis and fought some of the top boxers of the 1930s. In 1945,


The 25-year-old was drinking at Dudy's Tavern, which he had once owned, in Canarsie. Armed robbers burst in and announced a holdup. He used his left hook to fight back against the robbers and managed to chase a few away. But in the chaos he was shot three times. He died sprawled outside the bar. More.

Now back to the song. As usual the words printed in the Itzik Zhelonek collection were not exactly the same as what Paskal sang. I decided to go with Paskal's text because it was more complete. Here is the English translation of the Yiddish:

I remember going to the megillah when I was a child
My uncle Zager with the grager was there too
The tall guy, Isroel, always read the megillah
In front of the whole community:
"Goad Haman with your strength and say from every height:

"Hit, Yoyne, don't say a word
That's what you hear right away
Hit with gusto, hit Haman for our blood
Hit, Yoyne, beat that angry dog," shout the rich and poor

People run to buy [tickets to the spectacle], they whistle,
They look around, whoever's quick closes the outer door
When a Jew knocks out an Italian's teeth and breaks his bones
You hear, with celebration, Yankele's voice: