Mikitka, what will happen to you? A Ukrainian-Yiddish folksong (aka Mikita) as sung by Mordechai Hershmann

UPDATE: Reposted to add this video I just made. A couple other people have posted the recording, but here's Mikita with the lyrics and translation so you can sing along: 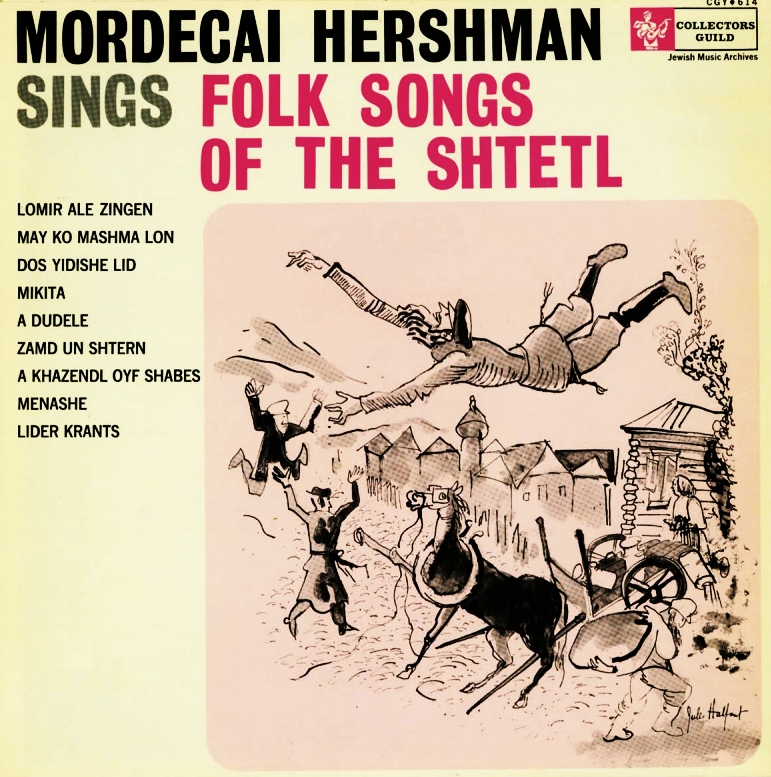 Mordechai Hershman (1888–1940) was born in the Ukraine and became head cantor in Vilna. During World War I, Hershman was pressed into the Russian army but it's said his commanding officer was so taken with his voice he was released from duty. After the war he went back to chazzanut but also toured and concertized. In 1920 he moved to the US.

Luckily, he recorded a great many of the songs I've been searching for. For instance, six of the songs on his LP "Folk Songs of the Shtetl" are in the Itzik Zhelonek collection - including this one, Mikitka (which he called Mikita).

I transcribed Mikitka from his recording; later at YIVO I found 1924 sheet music, arranged (very classically) by Jacob Beimel.

Though Aaron Lebedeff recorded the song twice I haven't heard his version.


This is a strange song. From Funny, It Doesn't Sound Jewish by Jack Gottlieb:


In "Mikitka," an unconventional Ukrainian-Jewish folk song, a sanctimonious Jew believing heaven to be a Jewish country club, doubts that Mikitka, a gentile peasant, has any chance of ever being admitted into the heavenly land. It ends: "The angel of death will come and ask your name when you're lying in the grave, and you won't know what to answer."

Here's the translation, done by Professor Lawrence Feinberg of the University of North Carolina at Chapel Hill, who is my kind and generous go-to guy whenever there is a macaronic lyric (words in Yiddish and some Slavic language).


Alas, Mikita, what is to become of you?
When you're ill and the doctor visits you,
He'll treat your illness.
But that won't help you, Mikita.
Alas, no matter how much you thrash about, you've got to die
And give a proper accounting before the King of Kings.

Alas, Mikita, Mikita, what is to become of you
When you die?
You'll have three wisps of straw beneath you.
Your little children and your wife will weep for you.
The burial society will arrange your funeral.
The burial society will dig your grave.
And the guardian angel of the dead will come and ask you
"What is your name? What are you called?"
But you, Mikita, Mikita, will just lie there
And not know what to answer.
It seems likely that, as a folksong, Mikitka was originally a cappella.