S'iz nisht geven, s'iz nishto, un s'vet nisht zayn. (It wasn't then, it isn't now, and it never will be) Honesty in this world? Never happen. (Yiddish theater song)

UPDATE: Re-posting to add the video with words and translation:

Or click the album cover to visit the song and the cd Nervez! - or even buy it. Randy Kloko is the soloist. 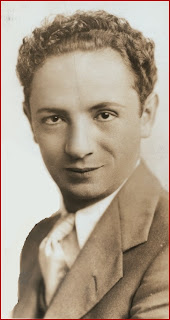 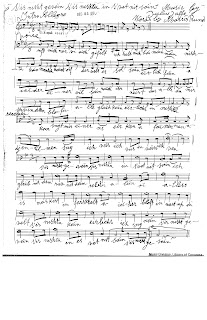 Is there an honorable person, is there honesty in the world? Nope, never was, isn't now, and never will be. And as for that girl you're panting for, if you think she is a maiden, well...

This uber-cynical song, which appears in Zhelonek as recorded by Itzik Feld, (under the title Es is nischt gewen) was copyrighted by Julius Jaffe and the indefatigable Morris Rund (but the copyright was never renewed). It was supposed to be at the US Copyright Office according to the card catalog, but it was lost for decades. It appears in Heskes but according to the music librarians at the Library of Congress they didn't have it. My friend Sharon Horowitz at the Judaica Collection in the Library of Congress discovered it for me, in a hidden trove offsite at Landover. She believes there is other lost music out there, but she has not been allowed to go on a field trip to find out.

My English translation from the Yiddish:

Call me what you like, I stand by my belief that there's not a person on the planet who's honest. Every single one wants to be rich, all of you here know it. We all swindle and weasel around the same way, there's nobody honest. If somebody tells me he knows a fine man, a gentleman, I say, "Yeah, right."

I met up with a friend of mine, he told me his good news. "I got married today, brother," he says, "to quite a woman. She's like a pure queen, and that's what I wanted." "Well, brother," says I, "listen up: you're a big patsy. If this, brother, is your source of pride, that she's a virgin, well, sorry, dear brother..."

Politicians these days are charlatans, we know they are bluffers and hooligans
Wolves in sheeps' clothing, they deceive and poison
The only happiness we have from them is to laugh at their scandal
They cry onion tears in our presence
They tell their lies completely deadpan
And that's why we swear:
Here is the song as published by Itzik Zhelonek: