Click the album's picture to hear and/or buy this song from our Lebedik Yankel cd. 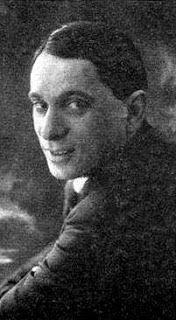 I first found this song (variously known as Cirele Mirele or Zirele Mirele) in the US Copyright Office at the Library of Congress. It was perplexing because it was too short for the amount of melody I had. I fooled with it but laid it aside.

Later I discovered the song, to my joy, in the Mayrent Collection of Yiddish 78s, now housed at the University of Wisconsin. You can read about it here and here. Sherry Mayrent is a clarinetist, composer, and stalwart supporter of Yiddish music; she graciously sent me an mp3 of Lebedeff's recording.

I discovered that, in his haste to get his song copyrighted, Lebedeff had sent it to the Copyright Office half-baked. The manuscript did not include the chorus, nor did it include the instrumental hook that is used throughout the song.


I made this music video with captions last night: 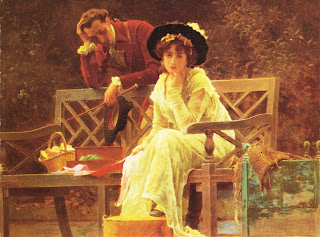 I imagine that the singer has gotten himself in some sort of trouble with his girlfriend and this song is his attempt to jolly her out of it, with kisses, flattery, and the promise of a wedding, dancing, and joyful abandon. "Dance the kozatske like a boy," he exclaims (that's the Cossack Dance where the guys in hats squat down, cross their arms across their chests, and kick their legs out). He also offers her a sack of parsnips and a treat called vashmala, which I have not been able to identify.


Don't worry, Tsirele, don't worry, be happy right here next to me. What's the good of worry and crying when I, your Shloymke, are next to you? My soul, my love, you'll be happy with me. My life is sweet when I have you.

And later, love, we'll have joy and pride. little mama, my love, drink and eat, what happened before, just forget it. Come here and give me a kiss. Oy!

Tsirele, Mirele, don't be a fool, warm up the samovar. Tsirele Mirele, there now, we'll dance as much as we like. Be clever, be a little bonbon, dance the kozatske, dance and forget.

Oy, don't worry Tsirele, I've told you so many times, you're the crown for my head, I'll be infinitely faithful to you. today we'll go to the chupa, the musicians will play so well, then we'll dance without stopping, everyone will congratulate us.

And then, a little later, we'll be on the other side. Don't cry, Tsirele love, pull yourself together. Hold the bag, we'll eat parsnips, calm yourself, we'll eat vashmala. You're clever, you're my bonbon. Dance a kozatske like a boy!