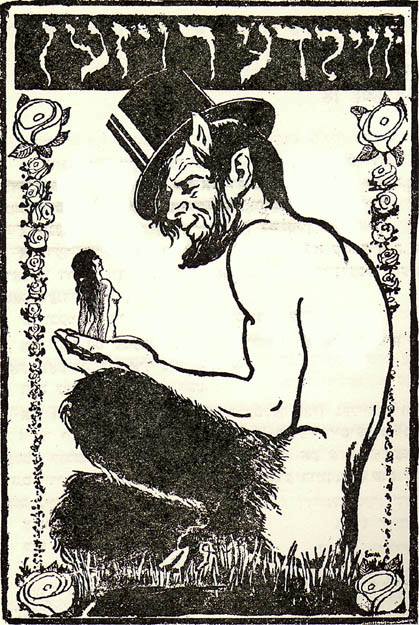 The original Elimelech was a well-known second generation Hasidic rebbe. I'm not going to bother singing a version of this song as there are dozens, if not hundreds, of versions already available. The sheet music with chords and transliteration of all the verses (not just the ones in Zhelonek) is available here:
Beloved as a children's song, Der Rebbe Elimelech was written by quite a wild character. In a Yizkor book Bar-Dawid Moshe writes that at the age of 13, in 1898, the composer Moshe Nadir, whose real name was Isaac Reiss (Yitzkhok/Itzik Rayz), emigrated with his family to New York. In 1915, he issued a booklet of "strange and erotic poems" called Vilde Royzn - illustrated by the fascinating Zuni Maud - under his new pseudonym "Moshe Nadir" and that it "caused a lot of tumult among readers and writers alike."

Nadir was a communist until 1939. He wrote prolifically and was very popular. Bar-Dawid concludes: "His birth town Narajow, came along with him everywhere in his work, like a little loyal dog." Nadir died in New York in 1943.

As my Yiddish teacher Sheva Zucker reminds us, "rebbe" refers to a Chasidic leader - a teacher or mentor who may or may not be a rabbi. A "Rav" is a rabbi and "Reb" is a term of respect that does not imply any religious title. You should also remember that among the not-very-religious Jews of the time, Chasids were stereotyped as heavy drinkers.
Here's my translation of the Yiddish lyrics:

When the rebbe Elimelekh became very happy
he took off his tefilin and put on his glasses
and sent for two fiddlers.

And the fiddling fiddlers fiddled.

And when rebbe Elimelekh got happier
he made havdalah with the sexton, Rabbi Naftali
and sent for two drummers.

And the drumming drummers drummed. 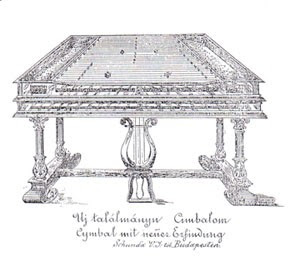 And when the Rabbi Elimelekh became extremely happy
he took off his ritual garment and sent for two tsimbalom players. [The tsimbl or cymbal is the Eastern European hammered dulcimer]

And when the Rabbi Elimelekh was extremely happy
he yawned and said, "that'll be enough!"
and he sent the band home.

The drunk band from Rabbi Melekh Elieh
gave poverty the finger.
The happy band jumped to the ceiling
and they traded percussion instruments.

The fiddling drummer fiddled like a tsimbl
whiskey flowed with wine
The cheerful musicians with bottles under their arms
caroused till it was bright daylight.