Der alter Menashe: he won't get off his bench and go borrow some money to make Shabes.

UPDATE: I just made a video of Mordecai Hershman's version of Menashe and posted it to Youtube with the lyrics and translation. 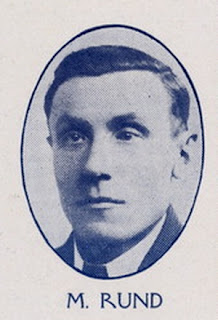 This is one of several songs in Zhelonek's songbooks about men who don't work, who have no money, who study the Torah all the time, who ignore their wives' pleas that they get up and do something to support their families. For a glossary and links about this song see http://yidlid.org/chansons/menashe/.

My sheet music is a transcription of the song as I heard it online sung by Mordechai Hershman, Мордехай Гершман -- Менаше, with simplified chords and no orchestra.

Zhelonek took down the words from Moshe Kousevitsky. Somewhere on Youtube you can hear David Kusevitsky's version -- David was Moshe Koussevitsky's brother, both were cantors, along with two other Koussevitsky brothers. It was also recorded as Menasze 'Volkslied' by Oberkantor S. Kupfer, Syrena Grand Record 5329.

Zhelonek designated this a folk song, but I find the words attributed to Morris Rund, the music to Louis Jaffe. Henry Lefkowitz is also credited on the recording, which is sometimes called Der alter Menashe. Thanks to Professor Lawrence Feinberg for help with the Slavic component which he called a "West Russian/Ukrainian hodgepodge."

Morris Rund is a shadowy figure in Yiddish theater song, but I've learned a lot about him and now have a whole blog devoted to the penny song sheets he produced, distributed, and sold on the streets - many with his own lyrics and some entirely written by him. They are from around the turn of the twentieth century: Yiddish Penny Songs


Old Menashe sits by the gemorah and learns ecstatically.

His wife Zlate comes and asks: "What have we got to celebrate the Sabbath with? There are no rolls, no good wine, No meat, no vodka for kiddush. It's a problem. Close the gemorah and go somewhere, borrow a couple coins for tomorrow!

I've had it with you and your ecstatic learning - there's nothing for the Sabbath."

Menashe keeps studying, tikanto is difficult because five people want to eat, one has to eat, one needs to eat. What kind of excuse will you give your stomach?

His wife Zlate comes and says, "Oh, Menasha, remember, you're a father! We have two daughters ready for the blessing of marriage, thank God, a blessing on our family, and you, you great scholar you, have forgotten there's no money for a dowry, they'll, God forbid, be old maids!"

Menasha teaches her: "Zlate! It's written in Rashi that a Jewish daughter shouldn't ask questions She should thank and praise the Creator that her husband is a man of the Torah If there's nothing for today, and nothing for tomorrow, we have a great God and he will provide."