UPDATE: Reposting with a brand-new video with English captions...

Click on the picture to hear and/or buy our recording of this song. It's Roger Lynn Spears on the piano, thanks Roger.

As far as I know, nobody but Satz ever recorded this song, a cheerful and satiric description of the arrival of the inlaws, the badkhn warning the bride she's really in for it, the bridegroom nearly fainting, and the couple being taken home "and the shutters drawn" while the festivities continued in the street outside. 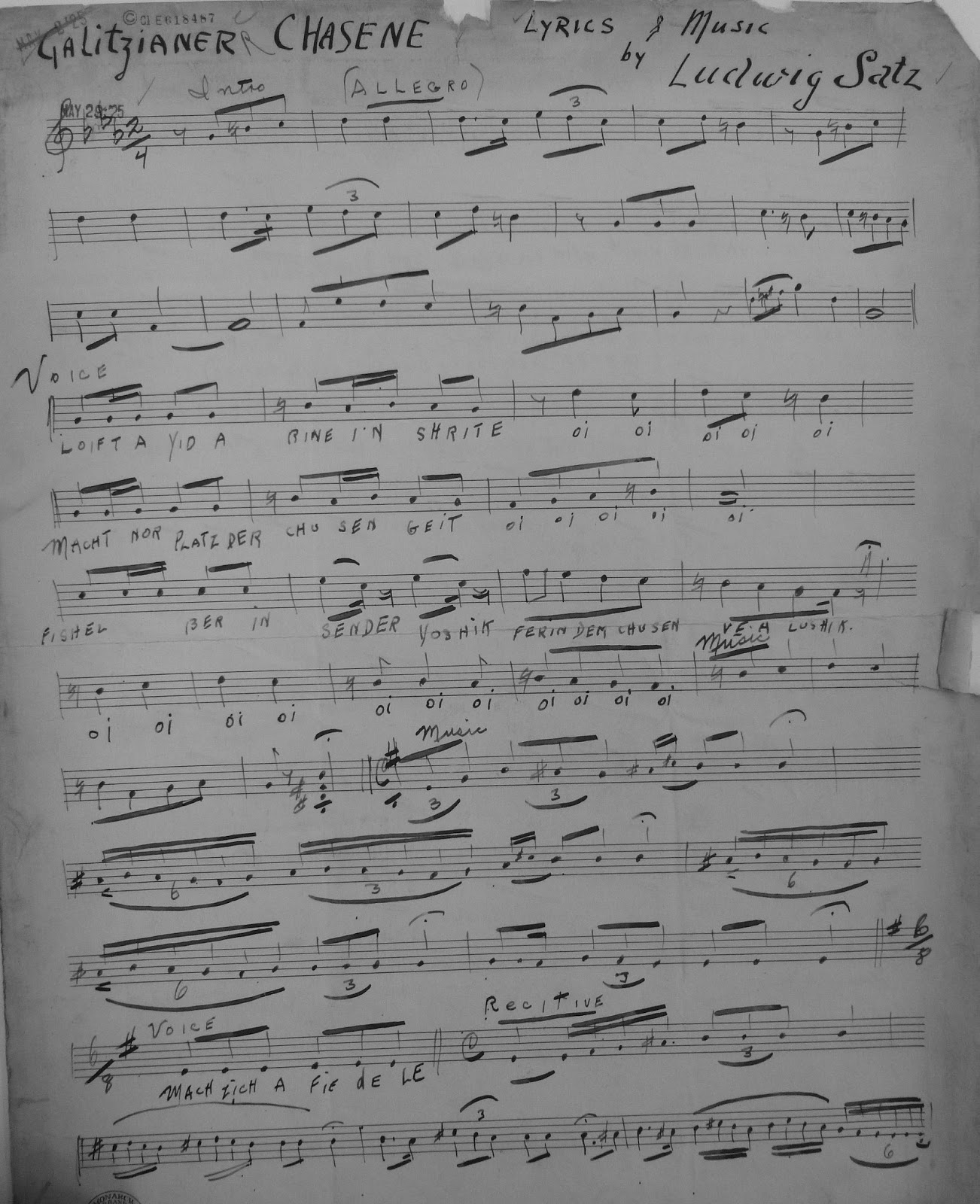 Here's the first page of what Ludwig Satz submitted to the U.S. copyright office. His recorded version is quite different in several ways from his hasty scrawl, which I found at the Library of Congress.

I think composers were in such a hurry to get their music copyrighted that as soon as even a semblance of a song was ready, they mailed it in. Later, I imagine, they refined and enlarged on their original ideas. Luckily, Satz recorded the song himself and you can hear it at some libraries (they will not allow it to be put on the internet for fear of copyright infringement.) He did a lot of funny scat singing which I have taken a stab at imitating. Here's the video. Enjoy!

Below, my translation of the Yiddish: 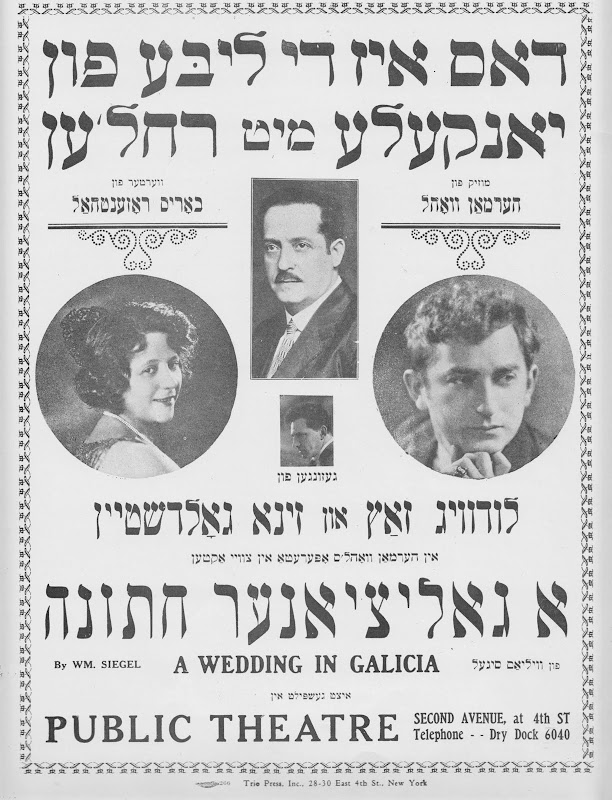 I don't know the word dashek. A dashik is the brim of a cap and you can say red tsum dashik which means approximately talk to the hand.


The badkhn runs and shouts
oy oy, let's play in the bridegroom's relatives
Fishl-Ber, Reb Sender Yashik, they carry the bridegroom like a dashek??
Creeping along behind them, here comes the devil's maidservant -
Oy vey, the mother-in-law is here
They take the maiden to the talis
The bride in a good hour
After them, we see the in-laws coming
The klezmorim start to hum away oy oy
Boys, girls, dancing, springing
the badkhn takes the bride to celebrate
Play, fiddle, oy bride, cry
Things won't be as they were
Your houng heart will be fill of troubles, like a hen, poor thing
when they shlog kapore with her.
Until now you were carried by your father as if you were on a horse,
Now, however, little bride, you poor thing, it's going to be the other way around.

Seven times around, and a glass is broken
And the bride stands and rejoices, she's grabbed him
And the bridegroom stands like a clay dummy, poor thing,
He already wants to go home
Play away, musician, with all your strength
oy, they play fast as smoke
The couple is brought home,
The shutters are closed
And the guests make a circle
and the mother-in-law dances a mitsvah-dance