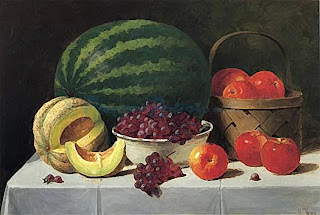 S'iz der step shoyn opgeshorn (Di arbuzn) by MappamundiThis song was requested by a blog reader in May, I hadn't thought about it for years.

My band Mappamundi recorded this track in the late 1990s. I made the video today, partially in the airport.

So sweet! It has a ravishing melody and charming bucolic metaphors bordering modestly on the risque. 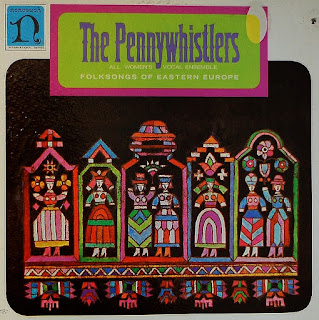 Our version of S'iz der step shoyn opgeshorn, like most others, is an adaptation of the iconic version done by Ethel Raim and the Pennywhistlers. Their version was published in 1967 on "Folksongs of Eastern Europe," a record which, with the group's other LPs on Nonesuch, fueled an explosion of interest in Slavic and other Eastern European music. It was their versions of Bulgarian songs which became most famous, but this Yiddish song has a special place in many hearts.

A farmer works to convince his sweetheart to come to him. "My love is as ripe as my plums" is a favorite line. Hopeful, cheerful, sweet, romantic. Not your typical Yiddish folksong. It's even in a major key.

We always thought it was a folksong but thanks to Bob Freedman's incredibly valuable Yiddish song database I just discovered the song (די אַרבוזן) is also known as Libster Mayne, A Libes Lid Fun A Kolvirtke and A Lid Fun A Kalvirtke. Words are by Mendl Abarbanel, tune composed by Ben Yomen.

You can listen to or buy our mp3 by clicking the box above. You can buy the sheetmusic from me for $2.50 (includes chords, translation, transliteration, and the mp3) here: