UPDATE: Reposted to add Instagram video with subtitles. Wow, this is one of the earliest recordings, from 3.5 years ago - I didn't even know then that I could plug my electric piano into the recording system, I just stuck a mic in front of it! So, kind of scratchy. 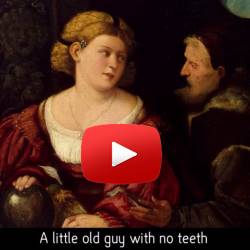 Itzik Zhelonek transcribed the lyrics of Ikh vil zikh shpiln from the singing of Anna Jacobowitz - she recorded it for Syrena. It is still a popular song, probably because there is a cheesy English language version. 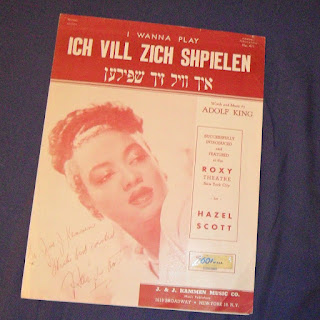 I have a friend who plays in the Magnolia Klezmer Band and sings this song, and he kindly sent me the version he sings, noting that he got it from the singing of Hazel Scott.

Scott was a fascinating woman, a child prodigy who went to Juillard and sang jazz on the radio when she was 16 years old. She was born in Trinidad and Tobago, was the first African-American woman to have her own TV show, got caught in the McCarthy witch hunt, and married Adam Clayton Powell.

Notice that the transliteration of the Yiddish on this sheet music cover - Ich Vill Zich Shpielen - is different from today's standard YIVO transliteration. This is why it takes so long to find these songs sometimes. There are countless ways to spell the Yiddish in English characters and if you don't guess right, you don't find the song.

Also note that there are just as many ways to translate shpiln in Yiddish as there meanings of "to play" in English. Take your pick.

For $2.50 you get the sheet music with transcription (also including the words Hazel Scott sang) and translation and chords. You can also get an mp3 of my singing the song if you request it.


Here is my translation from the Yiddish:

I know a lot about contradicting my father
because he says playing is a sin
But if he asks me what I want,
I'd answer him quickly

I want to play, it's so good, who doesn't like it?
I want to fool around. It's agreed:
Playing makes the world go round

A little old guy with no teeth in his mouth
Grabs me and bothers me endlessly
"I was once handsome, if you'd only seen me then..."
I say, "Listen, old guy, what do you want from me?"

A boy winked at me once when I sat alone in the park
He wanted to pass an hour with me
He gushed and fooled around, he pushed close to me
My father comes and asks, "What are you doing here?"