It was a big deal for me to find this program from the Azazel kleynkunst theater (or as they call it here, "The first Jewish Miniature Theater Azazel"). Why? Because it actually cites the Azazel Shimmy, which I have been looking for unsuccessfully for almost a year. UPDATE: the song was recorded by Henry Gold's Orchester as "Azazel" Schimmy (5119, 17918) the flip side being "Kadisch" Schimmy (5119, 17922).

The "Bagel Monologue" is also supposedly very famous but I have not found an existing copy of it anywhere. It's possible this is the same as Isaak Feld's "Beigel! Beigel" recorded on Syrena Grand Records (5252, 20032), flip side being "Amisteik" (A mistake) "Couplet from Kleiner Milioner"

The document is undated but must predate 1928, as the troupe had broken up by then.

Here's what the program says (I filled in some of the names from just initials). Feel free to make corrections in the comments: 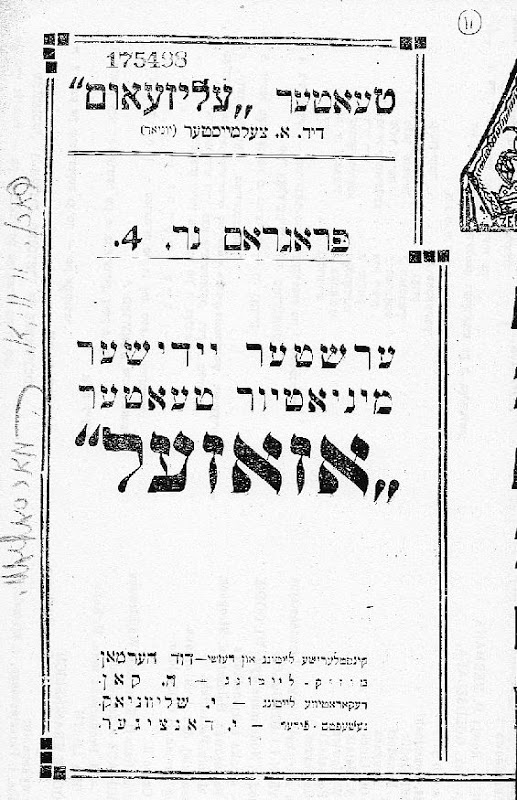 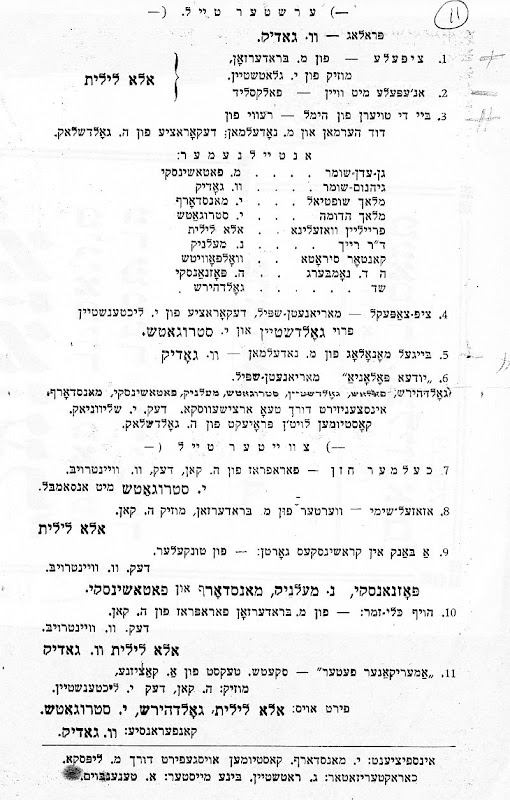 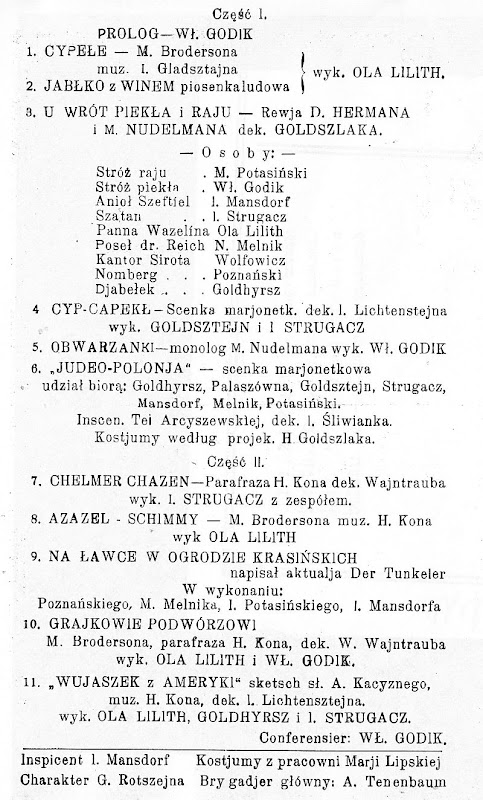